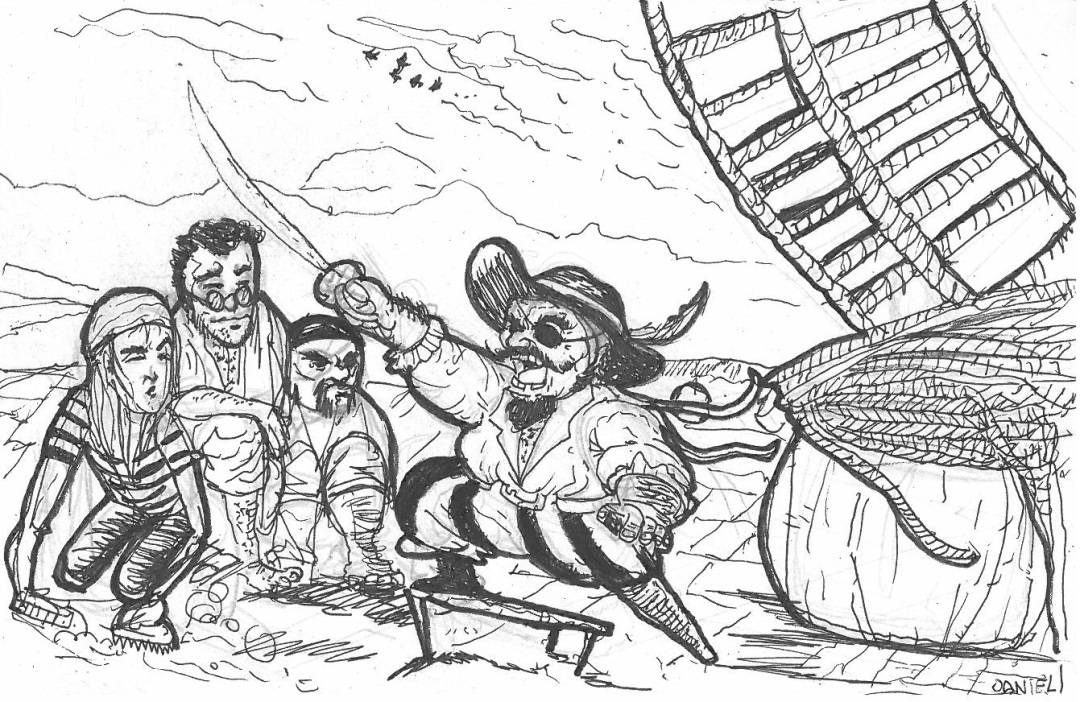 ‘Lady of the Sea’ – The Island

[For the previous chapters, check the Lady of the Sea‘s main page]

It had an unusual shape, almost resembling a perfect circle – one that had been half-bitten off. When the tide was high, it looked like the letter C. When it was low, as it was now, it had a lovely, spacious beach.

A man came out of the woods carrying a pile of logs in his arms. There was no knowing if he was a native but he very clearly had been living there for a long while. There’s a certain way of walking about when you are in a familiar place. Like you are the most confident person in the world – at least there.

He stopped at the beach and gathered the logs on the ground to light a fire. There was still light in the sky but the sun had already set and what seemed to be a wild board was waiting patiently, on a stake, to be cooked for someone’s meal.

The man didn’t look like most of the natives from the islands in that part of the ocean, but his skin was dry and darkened by the sun, with a face covered by a thick, messy beard. It was a face, in fact, that looked very familiar. Too familiar. And those eyes, green as a misty forest… No. It couldn’t be.

Peafowl woke up with a start. He was drenched in sweat and with a feeling of dread as he hadn’t felt in a very long time. It was just a dream. Surely it meant nothing.