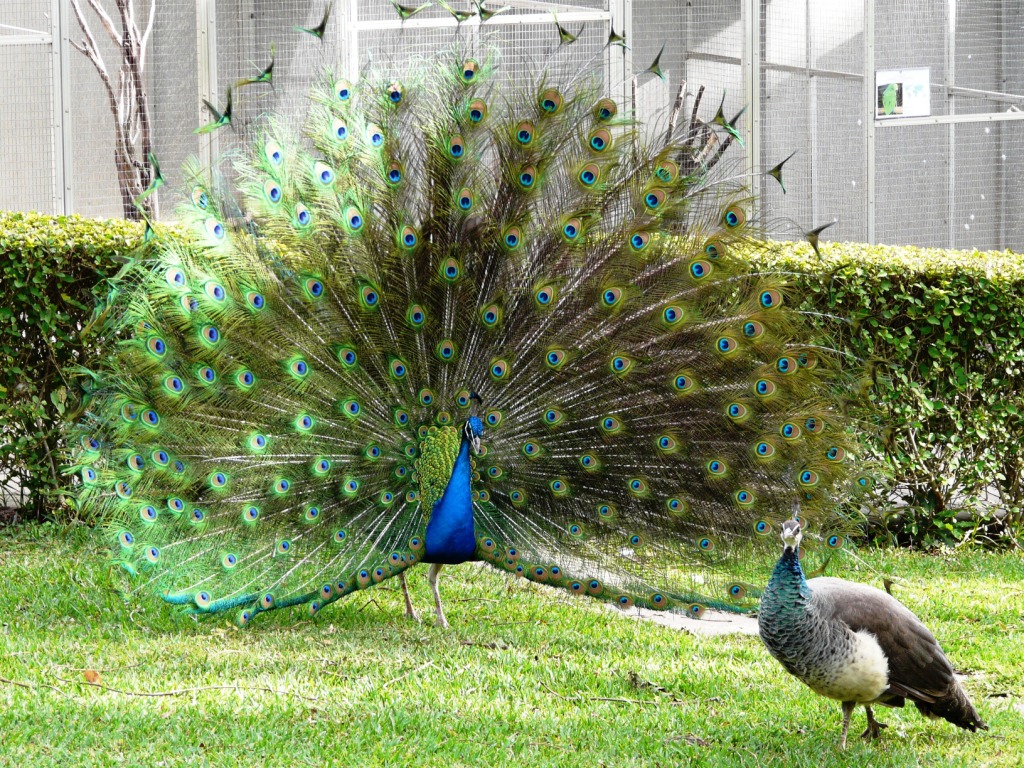 Woke up this morning to an article in The Guardian about how men are now feeling what it’s like to have your looks scrutinized as you grow older.

We’re more than used to seeing women being objectified, for the simple fact that we keep being bombarded with Photoshopped images of almost-perfect female specimens. All. The bloody. Time.

We’ve long accommodated the notion that it’s women who use all the make up and creams and fake nails and buy a gazillion bags & shoes. But, from my experience, when men are vain, they are far worse than what they make us out to be.

Everywhere else in nature it’s the male that is equipped with all the beauty-gear. “Pick me! Pick me!”, they cry out with their flashy colours and manes.

Not the female. The female means business. She’s the hunter. She uses the male to procreate and proceeds to bite off his head. Everywhere else in nature it seems that it’s the female who owns the Bad-ass title.

So what went wrong with us humans? Or did it?

Patriarchal religion made sure we were put in (what they wanted to be) our place and it’s long been studied how all the attributes that traditionally get the opposite sex all hot and bothered are nothing more than signs of competent fertility.

But can we really blame religion and/or biology for the fact that men were always allowed to grow old and still be considered attractive, while women are put on a shelf once the wrinkles start to show?

Men who have been objectified often destroy their own looks in ways that we should recognise. Marlon Brando, once so beautiful, lived a life of binging and bulimia, rowing himself out to his private lagoon to wolf down five gallons of ice-cream, breaking the lock on the fridge leaving teeth marks everywhere. Orson Welles, a little plump when young, ate for two and was warned his overeating would kill him, but could not stop.

A topless Morrissey now pinches at his flab in self-disgust. (…) While I am all for equal-opportunity desire, I have no wish for men to be subjected to the same pressures as women, so that they end up miserable about their perfectly good bodies.

I don’t consider myself a feminist in the sense that I don’t believe one of the genders to be superior to the other. Nor do I agree to this long-lasting cult of youth, where old is considered useless.

But forgive me if I don’t feel as sorry if men are now discovering what the pressure of wrinkles and body decay feels like. It’s their own creation, after all.