From time to time I discover a dead master and feel a sudden urge to bring them to our present.

I would take Oscar Wilde out for dinner and invite Stephen Fry.
I would show heavy metal music to Beethoven.
I would offer Birthday Letters to Sylvia Plath, gift-wrapped with a red bow.

Being almost at the end of Ninety Eighty-Four, Orwell was now added to my list.

I would tell him all about the internet and 21st century world politics and he would be amazed at what he got right & what he got wrong (I’d love to get his opinion on WikiLeaks).

But, most of all, I would give him a music player packed with Radiohead’s discography.

Not only are there endless references to his work in their songs, but the mood and message are the same. Because Orwell’s warnings speak of what seem to be eternal dangers, who better than the most intelligent and lucid band in the world to remind us and point the finger in the right direction?

And I am sure he would be very proud of his five children. 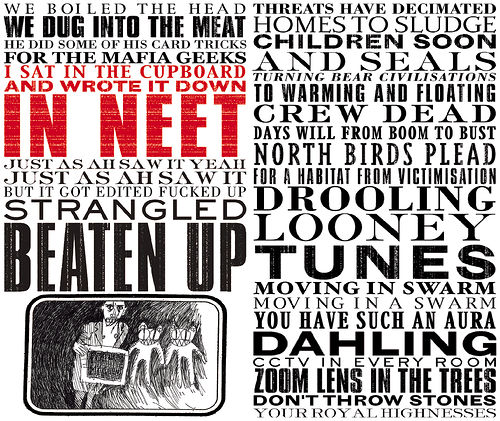